This Erie County city embraces its location along the Lake Erie shore with new development that is changing both the face of downtown and the community. 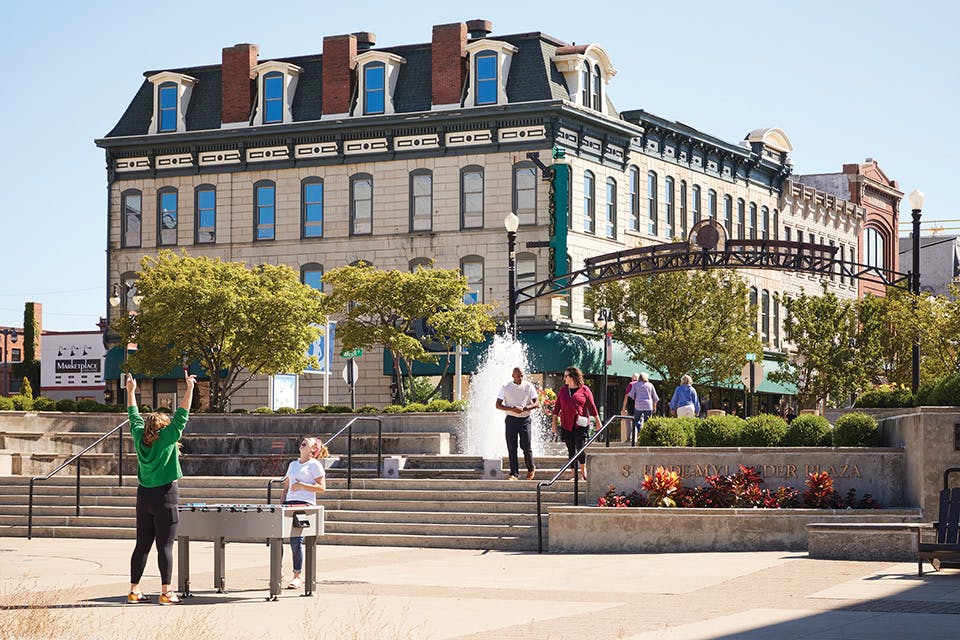 Standing along the edge of Jackson Street Pier, the breadth of Sandusky Bay spreads out before you. In the distance to the east, the steel curls of roller coasters such as Millennium Force and Top Thrill Dragster rise up against the sky. Out to the west, the Sandusky coal dock serves as a reminder that the city is home to a working port that sees the comings and goings of Lake Erie freighters.

Sandusky’s Jackson Street Pier bridges these two worlds — the fun promised by the amusement park across the water and the vital role Lake Erie plays in the local economy, particularly for the boat lines, shops, restaurants and other businesses along its shore.

City manager Eric Wobser understands this as well as anyone. He grew up in Sandusky, and after previously spending four years as a special projects manager to the mayor of Cleveland and four years as executive director at the neighborhood development corporation Ohio City Inc., he returned to his hometown in 2014. Since then, Sandusky — known to most for its world-renowned amusement park — has turned into a destination for waterfront recreation, but one supported by new downtown development that is giving the city a renewed look and fresh future.

“I’ve been blown way, most of all, by the sense of community that has come together in the downtown this year,” says Wobser as we meet at Jackson Street Pier on a quiet morning in July. “You saw the beginnings of it last year. You saw it was attracting a whole new group of Sanduskians to come downtown and see it in a different light.”